I mean, good for him. He changed science. He probably changed the consciousness of a nation and got into The Good Place. He just mosey’d on back to the family farm and just science’d and chilled for weeks on end.

BUT he didn’t have kids

To make his life even easier, he had servants catering to his every whim. If you had nothing to do, no chores, no diapers to change, no home schooling, no making sure the kids don’t fall of the damn couch every time you try to go to the bathroom, then maybe you’d get something done. Maybe you’d write that web series. Maybe you’d finally finish that blog post you’ve been working on for 2 weeks already. Maybe if you didn’t have to toilet train your 2 year old and follow him around the house holding the potty, you’d have time to sit down at your piano for the first time since the kid was born.

But how do I manage to write in this blog?

I’m writing this at 1:45am, after the kids have gone to bed, after I’ve picked up the house, after I’ve eaten MY dinner, and AFTER I finished work from my actual job. Where was my husband? Don’t go throwing him under the bus. He is working a 12 hour overnight shift at the moment and has to attend a staff meeting via Zoom as soon as his shift is over at 6am. He spent the whole day sleeping against the rage of his circadian rhythm. Ask anyone who works the night shift. It fucks with your brain and body. Let the man sleep.

I’m with Susanna on this one. 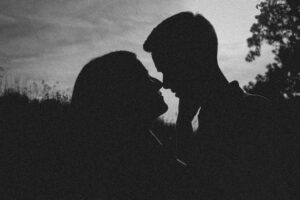 Trending
Was it Love or Was it Showmance?
— Susannah Crockford (@SusCrockford) March 12, 2020

Just a reminder that when Shakespeare was quarantined because of the plague, he wrote King Lear.

Please, before you remind me he had a wife and kids, let me remind you he HAD A WIFE who probably took care of the damn kids by herself while he was holed up in his office with a thousand feather pens or something because that’s just what women were *supposed to do* back then.

I see them, my single and childless actor friends, on my Facebook feed, churning out video after hilarious video. Posting pictures of their clean AF kitchen and pristine notebook next to a cup of coffee and yeah, I’m a little bitter about it. I’m straight up JEALOUS. I wish I had the time. I wish I could sleep and take care of my skin and maybe do a yoga video. I just simply do not have the time. It’s not their fault. It is just what it is right now.

We can’t hire a babysitter for their safety and ours.

Our kids are too small to leave unattended for any amount of time.

Playgrounds and schools and libraries and shops are closed.

I won’t be shamed or feel guilty for not indulging my creativity during this time of utter chaos, or throwing screen time limits out the window. And you shouldn’t, either.

You’re busy trying to keep the ship afloat in a storm (fine, TEMPEST, whatever) that has no foreseeable end.

You are stressed and anxious, possibly financially insecure, and probably don’t have the support you would have if it were just a normal day. This whole thing is hella scary.

The kids are fed? You’re doing a great job!

The TV babysat them for 30 minutes while you gave yourself a much needed coffee break? YOU’RE DOING A GREAT JOB.

No time for self care? The least you can do is show yourself some grace. #selfgrace